The Lower East Side Tenement Museum tells the stories of immigrant families who lived in the historic tenement at 97 Orchard Street in New York City between 1863 and 1935.

The Tenement Museum is actually a series of restored apartments at 97 Orchard St and these are accessible only by guided tours, the tickets for which can be purchased at the Visitors’ Center at 108 Orchard St. This tenement building in the Lower East Side helps you get an insight into the lives of over 7,000 immigrants from 20 nations, who lived in these cramped spaces between 1863 and 1935.

In the 1930s the tenement building was shuttered since it did not meet the fire protection requirements that had been introduced back then. It remained abandoned for 50 years before it was rediscovered in 1988. Four years later the first apartment opened its doors to the public for viewing and in 1998, the Museum was designated a National Historic Area affiliated with the National Park Service by President Clinton.

The museum organizes seven tours, five of which are a visit to the apartments on four floors and the remaining two are walks around the neighborhood. These guided tours are the only way into the tenement building and you are not allowed to explore the buildings on your own.

The apartments in the tenement building have been preserved carefully and include furniture and objects from the relevant periods. A visit to these apartments helps you learn about the lives of actual residents, including the German Jew family, the Gumpertzs; the Rogarshevskys, who were Eastern European Jews; an Italian Catholic family, the Baldizzis; and the Moores, who were Irish Catholics. 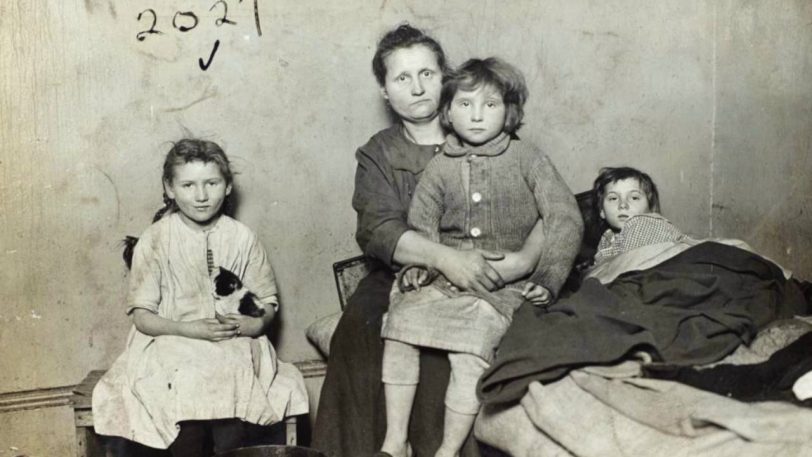 The museum has no elevators and there are quite a few stairs to climb, so if you are planning to tour the museum with a stroller or wheelchair, it is best if you consider the other more accessible tours of the neighborhood. Keep in mind that there is no air-conditioning, so you might want to pick a cooler day to visit the museum. Although there are fans, they will offer little comfort when temperatures go up to 90 degrees.

A visit to the Tenement Museum and seeing the apartment dwellings of a bygone era is more than just fun and entertainment. It’s a reflection of the lives of people who left their homeland in search of a better existence and quality of living. Whatever hardships you may see in these homes, whatever difficulties they may have faced here; it is worthwhile to remember that it couldn’t have been worse than what they left behind.