For most visitors, New York means downtown where the tallest skyscrapers are to be found, But there are other less-trodden areas with their own charm and interest.

Most people visiting New York take the ferry trip across the harbor, past the Statue of Liberty and Ellis Island, to Staten Island and back. Here on Staten Island is a little jewel of a place called Snug Harbour. An old-fashioned trolley bus will take you there; it’s just a short ride. The little community of Sailor’s Snug Harbour was built in 1833 as a haven for old sailors. 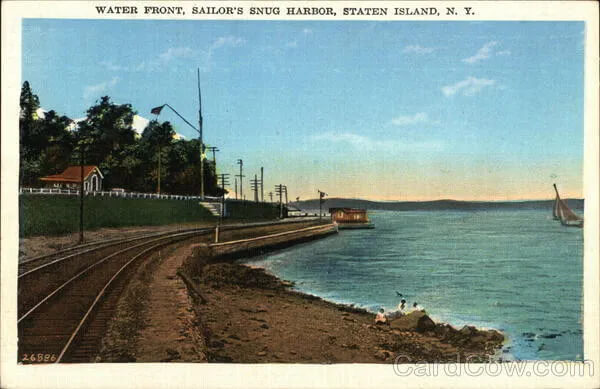 A row of five magnificent Greek Revival temples was built to cater to the accommodation and other needs of the sailors. Eventually, they had to move to more modern quarters and today the buildings house various art organizations. There are regular exhibitions throughout the year and the beautiful grounds are a delight to stroll in. A refreshing place to visit on a hot New York day.

Dumbo is an unusual name for a destination to stay or visit. However, it is an anagram for Down Under the Manhattan Bridge Overpass. The neighborhood is well-known for its cobblestone streets and repurposed warehouses. St. Anne’s Warehouse, a theater, and an art-based attraction are worth a visit, as is a ride on Jane’s Carousel. This is another Brooklyn hidden gem that the average tourist overlooks. 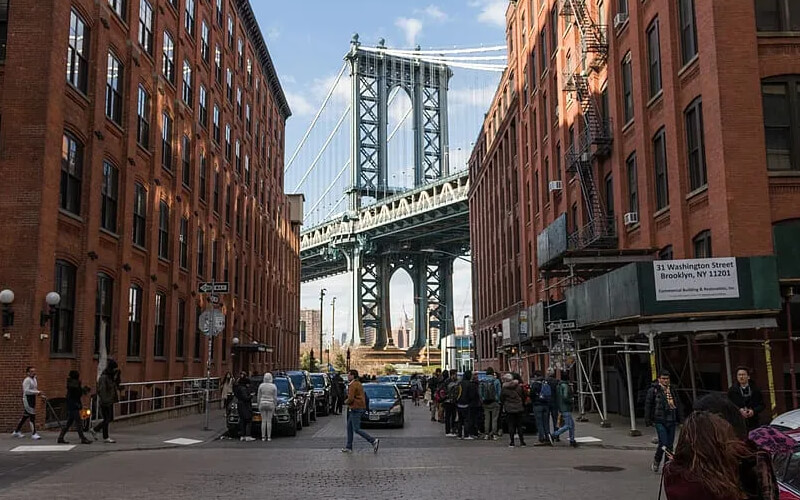 The Metropolitan Museum’s collection of medieval art is housed in this group of medieval cloisters and a chapel imported from Europe by John D.Rockefeller in the 1930s. It’s a rather incongruous sight – one that would look more at home in a medieval European town than in 20th-century Manhattan. It’s a beautiful, peaceful spot and a good place to rest after a busy day’s exploring. The herb garden contains more than 250 species of plants that were cultivated during the Middle Ages. It is located at 190th Street and Fort Washington Avenue. 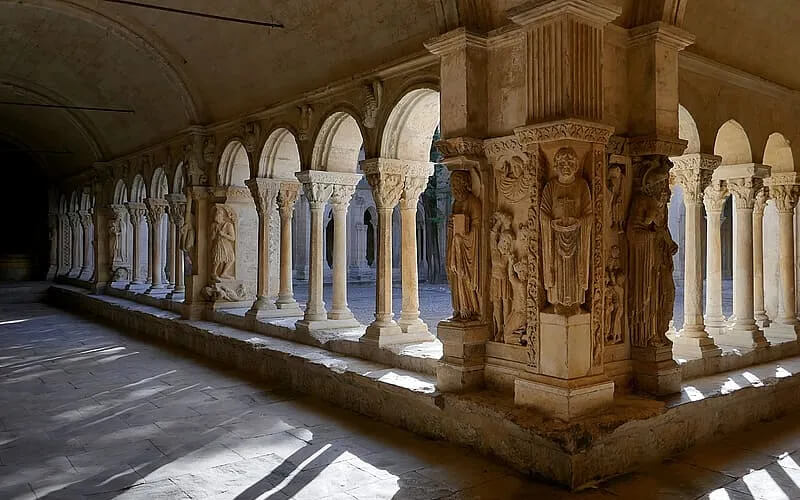 The entire structure feels like a throwback to the past. Tours provide a variety of experiences, each of which is fascinatingly designed for a specific point of view – builder, artist, or traveler.

Surprisingly, the museum acknowledges that the island on which it is located was once a gathering place for many Native American peoples.

The Russian community in New York is vibrant, and a large portion of it lives in or near Brighton Beach in Brooklyn. Aside from absorbing the rich and fascinating culture of New York’s numerous immigrant cultures, Brighton Beach has a summer boardwalk and beachfront area. 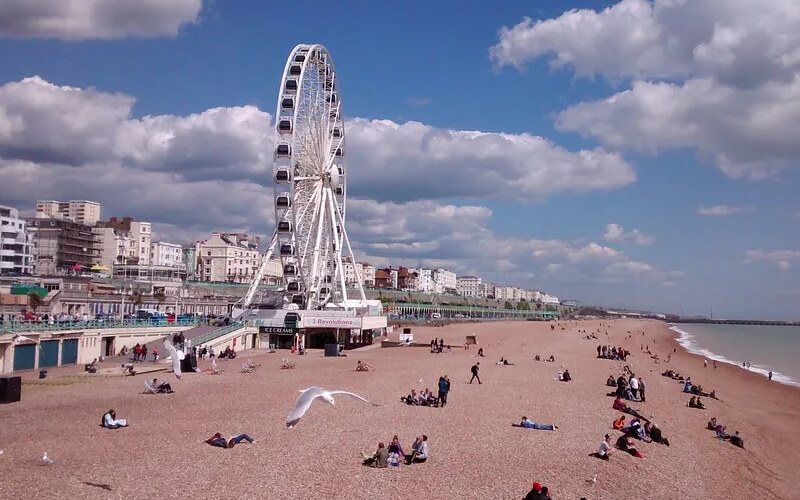 City Island is a small island borough immediately east of Manhattan Island that is part of the northeast Bronx. It is only 2 kilometers long. It has, nevertheless, earned a remarkable reputation for its numerous seafood eateries.

City Island is a great place to spend a day. You won’t find it in many guidebooks but it’s a delightful little community located at the edge of New York City just beyond Pelham Bay Park in the Bronx and surrounded by the waters of Long Island Sound. It was first established as an English settlement in 1685 and was an important ship-building center during the 18th and 19th centuries. 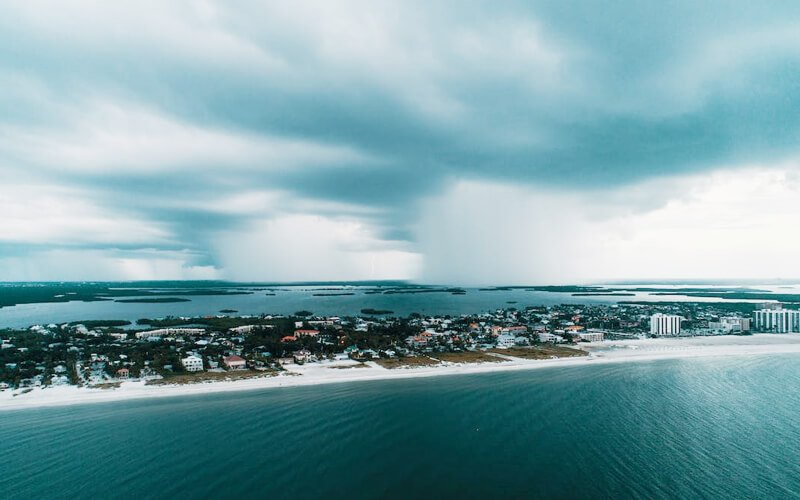 Make your way to the island and stop by Belden Point at the southernmost point, where an amusement park was built in 1887. This isn’t on most people’s lists, but it’s a unique way to experience a highly underappreciated region of New York.

City Island has a rich nautical history and was originally inhabited by the Siwanoy Indians who lived during the summer on the plentiful supply of oysters, clams, and fish found here. And this is what visitors come here for: to eat at the many good fish restaurants. Be sure to take a stroll around. The tree-lined streets are lined with attractive white houses and pretty gardens. A really charming spot easily reached from the city by taking the No.6 train north to Pelham Park, which is the last stop. Transfer to City Bus BX29 towards City Island.

The catacombs below St. Patrick’s were originally intended to be the ultimate resting place for the wealthy and powerful who had funded the Catholic Diocese of New York. Visitors can now tour the sites from the Nolita Basilica. The catacombs are around 200 years old.

The complete trip lasts approximately 90 minutes and provides access to portions of the cathedral and catacombs that are ordinarily inaccessible to the general public. Among individuals thought to be buried there are Abraham Lincoln’s counselor, Thomas Eckert, and John Connolly, the first Bishop of New York.

Unlike its London namesake, the charms of Chelsea are not at first obvious. But it is an interesting area to wander and investigate what’s on offer. Its most famous icon is the Chelsea Hotel on West 23rd Street. The number of illustrious people who have stayed here is staggering: Mark Twain, Tennessee Williams, Dylan Thomas, Arthur Miller, and many more. It is also the place where Sid Vicious stabbed Nancy Spungen to death and where Joni Mitchell was inspired to write “Chelsea Morning”. Visit the Empire Diner at the corner of 10th Avenue and West 22nd Street. A traditional American diner – it’s a beauty.

Around the turn of the century, the fun fair at Coney Island was one of the hot spots of New York. People came here in their thousands to escape the summer heat. Nowadays it’s a bit run down, but the fantastic beach is still here – over three miles long – as is the Ferris wheel (here for more than 80 years) and the giant Cyclone wooden roller coaster. Nathan’s, on the corner when you get off the subway, is the home of the “famous Coney Island hot dog” – and they really are good.

Brooklyn Bridge and stunning sunsets. Unfortunately, swimming is not recommended here, but sitting on the rocks and beaches is enjoyable in and of itself – try an ice cream from one of the vendors – it seems appropriate for a beach setting.

If you bring a car, you must pay an admission fee, which can be refunded by purchasing $35 worth of merchandise at one of the stores or booths on the beach. Come to mention it, the Pebble Beach Market is a good place to begin your search for a souvenir.

Roosevelt Island is a narrow sliver of land on the East River that is nominally part of Manhattan. The history here may be more appealing to your macabre sensibilities. A renowned asylum previously stood on Roosevelt Island. It was also an ideal location for a smallpox hospital, given there was no vaccination at the time and smallpox was believed fatal.

In any case, the island is currently a serene and peaceful refuge for visitors who are aware of its existence. The island is two miles long and appears to be unaffected by the rush and bustle of the two blocks of great New York on either side of it – Queen and Long Island in the east and Lower Manhattan in the west.

Governors Island is a small 172-acre  island located about half a mile south of Manhattan. For generations, the island served as a fort and military outpost, and it has only been accessible to the general public since 2006. Visitors may now take a short ferry ride from Brooklyn or Manhattan to enjoy an artificial beach, massive green spaces, and a cycle route around the island when they need to get away from the hustle and bustle of Big City life. The island was previously only open during the summer months, but it has since been open year-round since 2021. 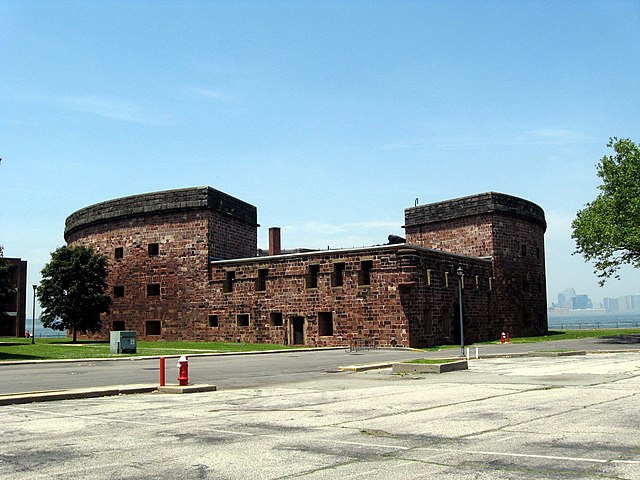 There are still ancient buildings there, such as Castle Williams and Fort Jay, both erected in the 18th century, or you may simply enjoy the breathtaking views of Manhattan and the Statue of Liberty. You can rent a bike, pack a picnic or eat at one of the island’s food trucks, or explore the island on a walking tour. Figment, an annual interactive art festival, photography exhibitions, the skate truck, and many art fairs are notable events.