Doyers Street is is a small (approximately 200 feet) street that connects Pell Street and Chatham Square in New York City’s Chinatown. The sharp 90 degree angle in the middle of it is a novelty amongst the mainly linear streets of Manhattan.

According to legend, it was constructed that way in order to protect the inhabitants of Chinatown from forward flying spirits who would be disoriented by the sudden, abrupt curve.

Adding to the streets allure is the fact that it was once the location of the most murders per square foot in all of New York City.

Referred to as the Bloody Angle, criminals would commit their crimes and then allegedly escape into a series of hidden tunnels burrowed beneath the haunted Chinatown streets.

Sites of historic importance here include the Nom Wah Tea Parlor at 13 Doyers Street which has been in operation since 1927, and 5-7 Doyers Street, now Coco Fashion, which was once the home of the only Chinese language Theatre in the US.

In 1905 a gang shooting at this theater claimed the lives of three people, while approximately 400 more looked on.

For a glimpse of Doyers’ Street underground past, head to Apotheke at 9 Doyers Street. 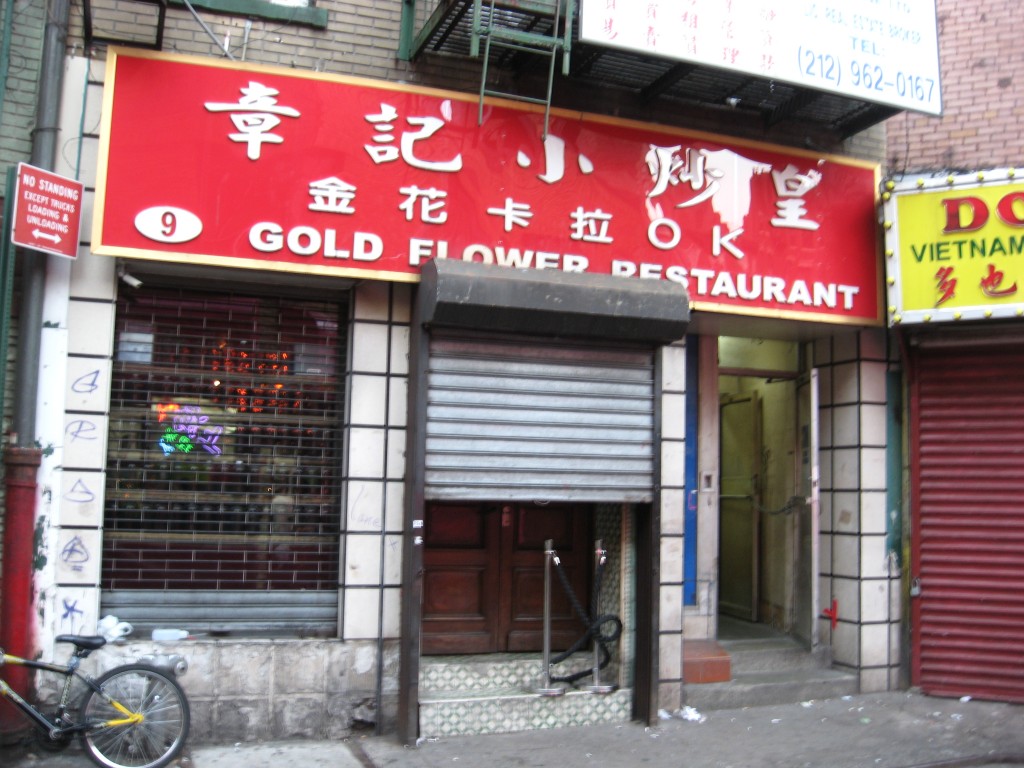 Inside, bartenders dressed as turn of the century pharmacists prepare “prescription” drinks to cure whatever ails you.

Sit back, sip some absinthe and unwind – but not for too long; there’s more to see in Chinatown.