With a rich heritage that dates back to the middle of the 18th century, the Morris-Jumel Mansion is officially recognized as the oldest standing building in Manhattan. This well-preserved property is one of the most important historic landmarks in New York City. Stunning architecture and lush grounds make the Morris-Jumel Mansion a great place to visit for some U.S. history lessons or relaxation away from the hustle and bustle of the Big Apple. Click to book your Sugar Hill to Washington Heights walking tour.

The Morris-Jumel Mansion was originally built in the Palladian style that was popular in Europe and some colonial nations. Tuscan-style columns and tall porticos were some of the main highlights of the facade. Immediately after purchasing the house, Jumel added some major elements of the Federal Style that dominated the architectural school of thought in the United States of America. Additionally, the Georgian style also defines the impressive appearance of the mansion. Today, visitors to the mansion can admire all three of these distinct styles.

The interior of the Morris-Jumel Mansion includes several rooms that are furnished with elegant furniture, decorative items, and ordinary household things spanning more than two centuries. Some of the permanent collections that are on display include personal possessions of George Washington, and the Morris and Jumel families.

Having two floors, the octagonal room is perhaps one of the most unique features of the house. In addition to presenting the history of its former residents, the mansion hosts regular exhibits that focus on the art and culture of New York City and the United States. Visitors are also welcome to explore the intimate gardens that surround the mansion.

In the early 1760s, the high-ranking British colonel Roger Morris acquired about 130 acres that were bound by the Hudson and Harlem rivers. Along with his affluent wife, Mary Philipse, Morris funded the construction of a summer estate on the naturally elevated Coogan’s Bluff.

At the time, the local geography offered great views of the entire area that’s currently known as the New York City metropolitan region. During the American Revolutionary War, the couple was forced to flee as they remained loyal to the British Empire.

General George Washington actually used the mansion as a temporary headquarters to plan and manage various campaigns throughout New York City. After the war, the victorious Continental Army eventually confiscated the mansion and the surrounding property.

In 1810, the French businessman Stephen Jumel purchased the house and made significant renovations. In the 1880s, the heirs of this merchant transformed the home’s grounds into residential neighborhoods that would eventually get rapidly developed.

The Morris-Jumel Mansion is situated in Washington Heights, which is one of the northernmost neighborhoods in Manhattan. The property itself actually forms the core of Roger Morris Park, which is connected directly to the much larger Highbridge Park. The narrow Harlem River essentially separates this urban green space from the Bronx. Additionally, the much wider Hudson River is located just a few blocks to the west of the mansion. 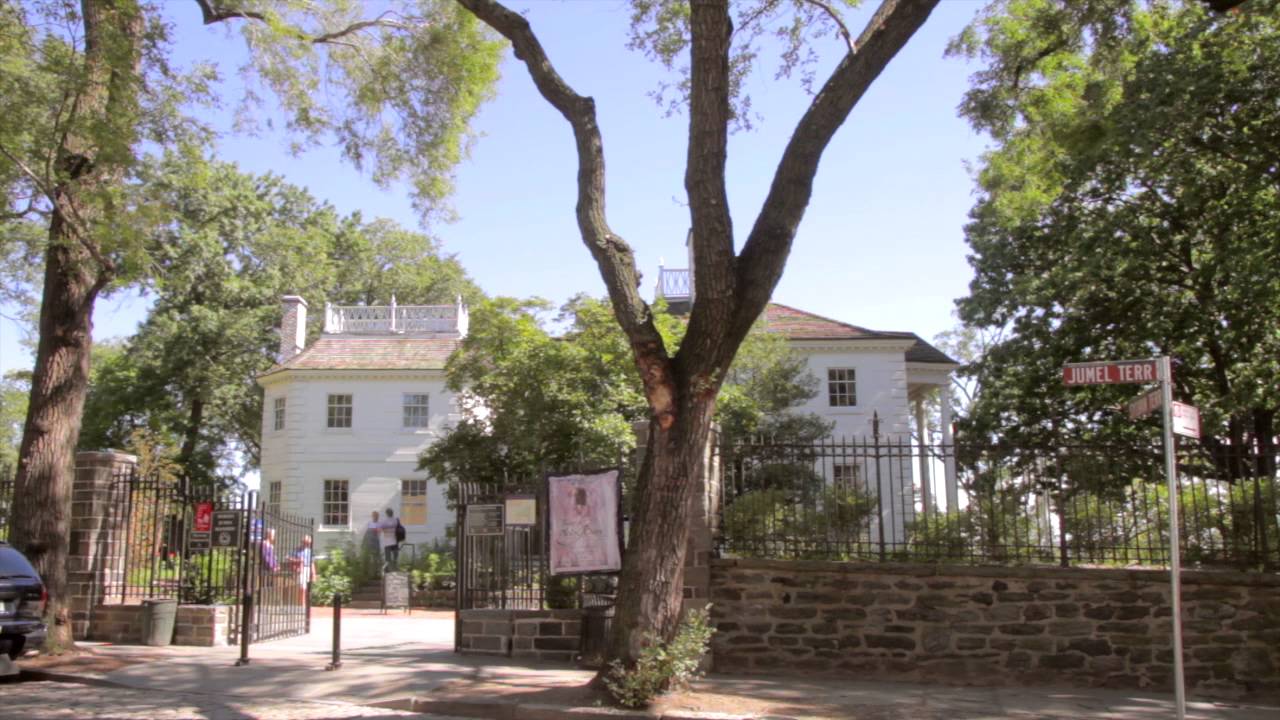 Served by the A and C lines of the New York City subway, the 163 St-Amsterdam Avenue station is located just a short walk away from the Morris-Jumel Mansion. Several Metropolitan Transportation Authority (MTA) buses also conveniently stop near this underground rail station. Washington Heights is primarily a residential district, so taxis and other private transportation vehicles will find plenty of space to pick up and drop off individuals visiting the Morris-Jumel Mansion.