Consisting of 30 buildings on more than 16 acres in the heart of Manhattan, the Lincoln Center for the Performing Arts is one of the greatest entertainment complexes in the United States and the world. Each year, millions of visitors enjoy classical music, theatre, ballet, opera, and other types of traditional performances. Ultramodern architecture is combined with conventional European culture at this world-class performing arts center.

Main Venues at the Lincoln Center

Accommodating just less than 4,000 spectators, the Metropolitan Opera House is perhaps the most prominent facility at the Lincoln Center. Having a contemporary facade, this venue retains a traditional interior design that’s inspired by the grandeur of 19th-century Europe.

Marble floors and murals by the artist Marc Chagall are just some of the many stunning features in the grand lobby. Multiple levels of cascading balconies surround the perimeter of the massive auditorium that’s decorated with more than 20 hanging crystal chandeliers. As the main tenant in this world-class facility, the Metropolitan Opera puts on nearly 200 shows each year. 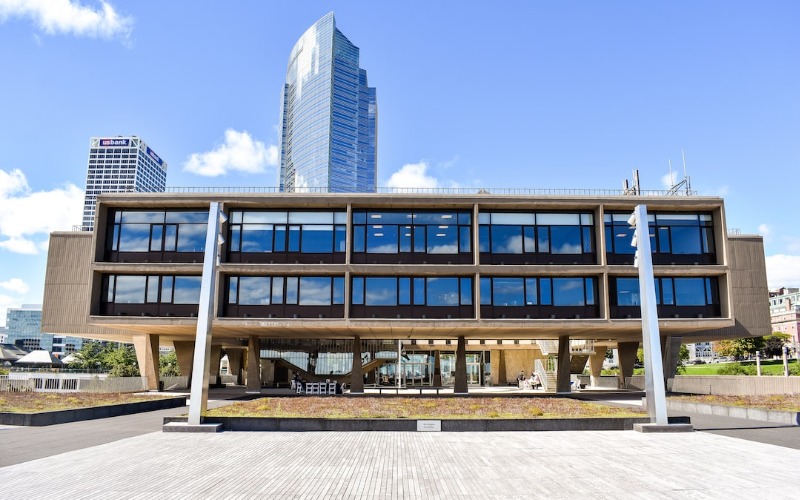 In terms of seating capacity, the second largest venue at the Lincoln Center is the David Geffen Hall, which originally opened as the Avery Fisher Hall in 1973. The New York Philharmonic entertains lovers of classical music in this concert hall that has impeccable acoustics.

In the early 1950s, some of New York City’s most powerful leaders launched a major renewal initiative throughout the Big Apple. Within a few years, the influential city planner Robert Moses and philanthropist John Davison Rockefeller III successfully laid the cornerstones of the Lincoln Center. On May 14, 1959, President Dwight D. Eisenhower enthusiastically participated in the ground-breaking ceremony of this performing arts venue that would eventually become one of the greatest of its kind on a global scale.

Located near the intersections of the busy Broadway and Columbus Way, the Lincoln Center is nested in the affluent neighborhood known as the Upper West Side. Additionally, the famous Central Park is only one block away from this premier entertainment complex.

Served by several subway lines, the 66 Street-Lincoln Center station offers convenient access to the Lincoln Center and the vicinity. Additional subway service is available at the iconic Columbus Circle, which is just a short walk away from the venue.

The Lincoln Center has several plazas and other outdoor green spaces that offer convenient ways for visitors to hang out and relax before and after shows. Featuring an enormous fountain at its center overlooking the massive arched columns of the Metropolitan Opera House, the Josie Robertson Plaza is a popular gathering spot. Having a shallow pool and contemporary sculptures, the Hearst Plaza also attracts large crowds.

The South Plaza and Broadway Plaza provide plenty of other open spaces in the heart of the Lincoln Center. Conveniently located adjacent to the Alice Tully Hall, the Julliard School has a bookstore with a large collection of music sheets and publications on just about anything related to the performing arts.

The Lincoln Center isn’t just open to folks with tickets to premier events. Guided tours of the main theatres and halls can be purchased on the spot, and they begin at the David Rubenstein Atrium. These tours mostly focus on the architecture and history of the buildings and their occupants.